Why Many Banks Hate Cryptocurrency

Bitcoin has been around since 2009, but it really wasn’t until recently that it finally hit the mainstream consciousness of investors and the general public.

Why bankers hate the cryptocurrency world

As of this writing 1 bitcoin is now worth over $5,600 USD. And its meteoric rise doesn’t look to be abating any time soon. Its potential to reshape how we understand and use money is real. But the big question is why are banks and governments so steadfastly against it?

Morgan Bank, was recently in the news. He brazenly proclaimed that people who buy bitcoin are “stupid” and “governments will crush it one day”.

For those unfamiliar, bitcoin was created in 2008 and released in 2009 as the world’s first decentralized (peer-to-peer) cryptocurrency and digital payment system.

But before we can explain why they’re against it you need to understand how they’ve always operated.

In traditional payment systems a middleman, an intermediary, is required to settle transactions. This middleman is someone that is trusted. That trust is usually bestowed upon banks.

Typically, we rely on banks in a monopolistic environment to create all the financial innovations because they have access within the system to clear money. These stewards of trust are required to ensure transactions successfully go through — money/goods exchange hands with no shenanigans.

The 2008 financial crisis — you know, that time when stock markets collapsed and some countries went bankrupt because banks defrauded the system — revealed this trust is always open to abuse because many in such elevated positions have easy access to rob the system with prosecutorial immunity.

Banks get greedy and so fraud, by these “trusted” institutions, inevitably happen.

And guess what? We, not those banks, are the ones who get punished for it through higher fees, government bailouts (which is taxpayer’s money), and inflation. So what happened in 2008 was not the first time, it was just the most recent retelling of yet another legalized heist.

And it will happen again in the near future.

What if one could remove this intermediary and replace it with a digital system that was infallible; one that was not open to corruption nor greed? Sound impossible? 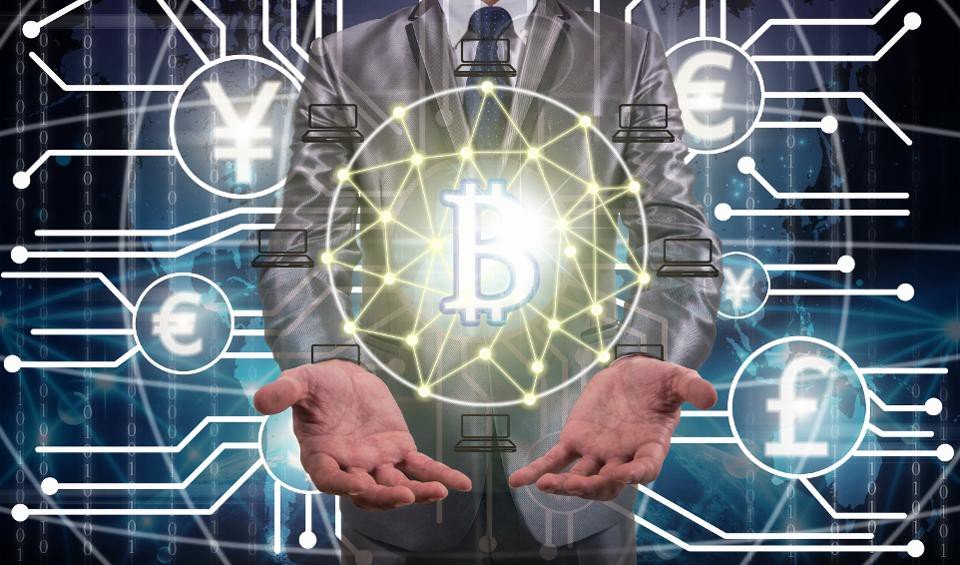 It was impossible before bitcoin.

When you deposit your money at a traditional bank you actually no longer own it, the bank does. There’s lots of transactions happening in the background where banks are essentially spending your money to earn more for themselves, and charge you for that “privilege”.

Whether it is to pay for a fund manager, or it goes out as collateral to a mortgage, there’s layers and layers of complexity where people don’t realize their money is being spent to benefit those financial institutions alone.

Digital currency had always been open to the risk of being spent twice because it consists of a digital file that can be duplicated or falsified.

This is known as the double-spending problem. Physical currency does not have this issue because it can’t be easily replicated and parties can better verify the currency.

Here's why banks and governments hate the Bitcoin cryptocurrency

Middlemen like banks are there to establish trust — to resolve the double-spending problem. So, for example, when I pay for something then someone else keeps track in a ledger on who spends and who is owed what.

However, as mentioned earlier, banks thirstily charge excessive fees — even for just holding your money.

Interesting side note, because banks are also centralized they are more uniquely susceptible to hacking efforts, which is what happened to JPMorgan, TD Bank, Citigroup, and even recently with Equifax — twice.

Nonetheless, this double-spending problem had always been one of the biggest hurdles for why truly decentralized digital money had a difficult time in becoming mainstream.

But that was then.

A Birth Is Built Not Born

Bitcoin’s white paper was the first to provide an extraordinary solution to this double-spending problem by outlining a clever method so all transactions, without exception, is included in a publicly verifiable transaction log called the blockchain.

A blockchain is an immutable ledger of records organized in “blocks” that are linked together by cryptographic validation. It is a digital storage of consensus truth, via peer-to-peer, ensuring that those who spend bitcoins really do own them — thus, solving double-counting and other fraudulent concerns, including hacking.

Bitcoin’s emergence in 2009 was no coincidence.

As such, bitcoin’s pioneers wanted to put the buyer/seller in charge, eliminate the middleman, cancel interest, and make transactions transparent. In other words,  to hack corruption and cut fees.

The result was a decentralized system where you could control your funds and know what was going on.

If I transfer bitcoins from my phone to yours there is no intermediary in that process. It’s just my money to you. We own it. We spend it.

Banks no longer worry about other banks being competitors.

What banks do worry about now is the “Bank of One” — the next generation of a banking network that’s decentralized and resident on a phone. A digital asset that’s not issued by a bank or a government or anyone else.

On its surface bitcoin’s potential can create all these different opportunities, not necessarily benefiting traditional enterprises and governments, but instead, helps unlock societies.

Because smartphones can be had for under $5 in the near future, most people living in poverty will finally have access and be connected to a network.

When you have digital wallets on these phones and you have the ability to trade cryptocurrencies fundamental questions emerge, such as “What happens when everyone has money?” or “What happens when no one no longer depends on a bank or a government to handle a transaction?”.

That, in and of itself, is revolutionary. Nothing scares the financial sector and governments more than something it can’t control.

The financial services industry is like a Rube Goldberg machine; it incessantly yearns to make something more complicated than it needs to be. You process a transaction, it goes through various convoluted (and unnecessary) system machines, and in 3 business days a settlement occurs.

The more elaborate and esoteric this framework becomes the bigger their opportunity to profit from it unchallenged.

In contrast, the system is dramatically simplified when dealing with cryptocurrencies — the payment and settlement is the same process. It’s just a change in the ledger — an addition to the blockchain.

As such, banks underlying fear of bitcoin boils down to this irrefutable truth: They fear they can be replaced.

When bitcoin was introduced governments and banks simply ignored it. In the following years they laughed and derided it: “A fool and his money are soon parted”.

We’re now at that stage where they’re fighting it.

Remember, from their current perspective it’s best to eliminate bitcoin. However, they can’t kill it because it’s decentralized.

This is why you’re starting to hear them, in collaboration with their respective governments, talk about regulating it.

But because bitcoin is also inherently anonymous, regulating it is also difficult. But that doesn’t matter.

Can i trade forex with ally

Their goal is to just prevent mass adoption by the general public. To maintain business as usual.

And so this is really a story about the fear of change. But let’s surmise that maybe this isn’t merely a choice between kill or be killed; that bitcoin must die for banks to live, irrespective of how egregiously unrestrained for hundreds of more years that may entail.

Instead, maybe banks should focus their energy on fully understanding the underlying blockchain technology which fuels bitcoin, and how its impact could positively reshape their existing services to improve customer experiences.

Ironically, if bitcoin is allowed to grow to its fullest potential, without slander nor interference, banks could have access to new markets on an unparallelled scale.

Ethereum, another decentralized blockchain-based platform that goes beyond being a tradeable cryptocurrency, holds even more promise by expanding bitcoin’s foundation, allowing service providers to embed uniquely executable distributed apps within the blockchain.

Stock brokerages, another arm of the financial sector, are now slowly showing signs of interest in cryptocurrency, as discussed in this Questrade review.

And so, unless these banks learn to embrace, instead of fighting, this technology it’s only a matter of time before their customers wake up and realize these institutions have long been irrelevant.