Why Is The Kremlin Suddenly Obsessed With Cryptocurrencies 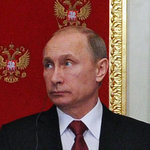 In early June, Russian President Vladimir Putin attended the annual St. Petersburg International Economic Forum. The headline moment at the event was a wide-ranging and at times combative interview with Megyn Kelly.

Why Is the Kremlin Suddenly Obsessed With Cryptocurrencies?

But Putin quietly made news in another wayhe signaled an official volte-face on the issue of cryptocurrencies, digital financial instruments such as bitcoin.

As recently as a year ago, the Russian government had threatened to jail users of bitcoin for up to seven years. The Kremlin had also toyed with the idea of creating its own digital currency to compete with bitcoin. Many observers speculated that Russia would then make all other digital currencies illegal to force adoption of its coin.

But sometime last year, something changed. Perhaps the Kremlin realized that creating a proprietary digital ruble defeated the purpose of having a dispersed-ledger digital currency.

Possibly they observed the huge sums of money being poured into blockchain technology by Silicon Valley, and resolved to make sure Russia didnt get left behind when the technology became popular.

(The blockchain is essentially a ledger with thousands of copies that gets updated every time a transaction takes place.)

Or maybe they just woke up to the vast array of possibilities that cryptocurrencies could offer in the service of money laundering.

Why Is the Kremlin Suddenly Obsessed With Cryptocurrencies? – Daily Beast

The Magnitsky Act, which established strict sanctions on named Russian citizens, and the Russian hacking scandal currently consuming American politics, have woken up governments to the colossal amount of ill-gotten Russian cash being invested within in their borders.

Many countries, including France, Switzerland, Ukraine, and Poland, have launched investigations into Russian money passing through their banking systems, while others, such as Cyprus, Greece, and China seem to still be looking the other way.

In March, the Organized Crime and Corruption Reporting Project published a study entitled, The Russian Laundromat Exposed, revealing the vast and complex banking mechanisms that oligarchs use to skirt international financial controls.

From Putins perspective, the solution to this dilemma could be cryptocurrencies. And the Ethereum platform (which is based on the blockchain model) appears to be the Russians digital currency framework of choice.

Ethereum allows clients to create their own digital smart contracts which can have a multitude of uses that transcend mere currency applications. Using Ethereum, for example, a startup recently raised nearly $4 million in an initial coin offering (think IPO) to begin manufacturing zirconium in Magnitogorsk, Russia.

Each ZrCoin, issued by the company represents 1 kilogram of synthetic zirconium.

At a forum in Moscow in April, a Russian politician named Andrei Lugovoi sang the praises of the blockchains versatility. He cited a World Bank study predicting that 10 percent of world GDP would be stored with the help of the blockchain as early as this year. He also said he expected a draft bill in the Russian Duma on regulation of cryptocurrencies would be made public in the second half of 2017.

If Lugovois name sounds familiar, its probably because he was one of two men implicated in the 2006 death of Russian spy Alexander Litvinienko in London, via radioactive polonium-210 poisoning.

A former KGB officer himself, Lugovoi is now an MP in the far-right LDPR party. Hes also deputy chairman of the Duma committee on security and anti-corruption.

Last year, Lugovoi told a conference that blockchain-based currencies could become the best way to get around U.S.

Why is the Kremlin Suddenly Obsessed With Cryptocurrencies?- via Bill Browder tweet

and EU sanctions. This is is [sic] a rare situation where the sanctions policy of the West gives rise to the opportunity for homegrown business to create something new and allow the national economy to move forward, Lugovoi said, according to Newsweek.

And the Russian blockchain community is indeed growing.

A conference held in Moscow in May attracted hundreds of people; another is planned for September. And a group of banks working under the supervision of the Russian Central Bank is currently testing a proprietary Ethereum-based masterchain. 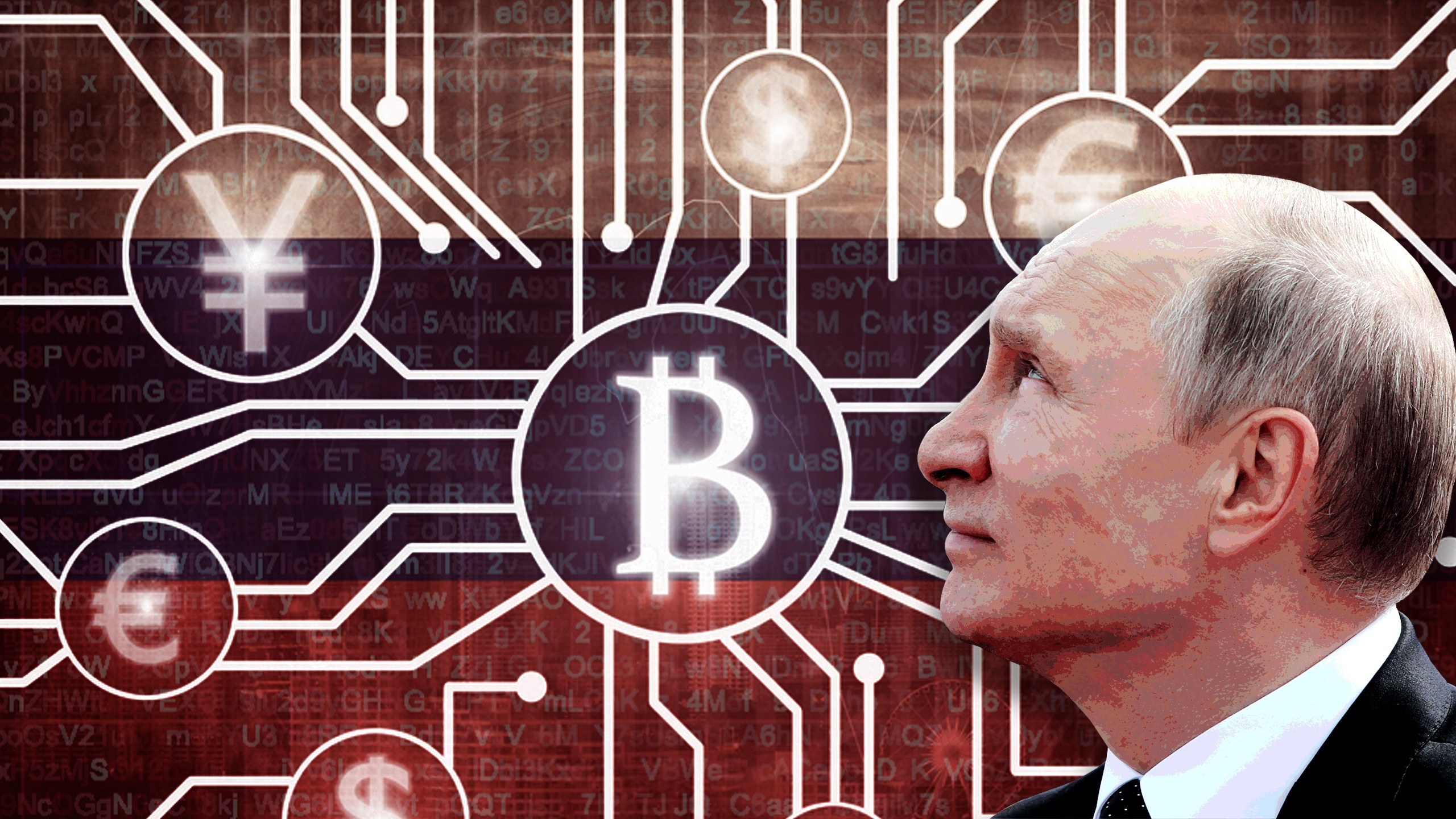 Not only that, but Russias largest online retailer, Ulmart, is expected to begin accepting bitcoin in September. And another politician suggested setting up a Crypto Valley on the Crimean Peninsula to raise regional funding in the part of Ukraine that Russia annexed in 2014.

At the St. Petersburg forum, Deputy Prime Minister Igor Shuvalov enthused that Putin had caught the digital economy bug, and that the president had attended a small closed working group on the subject in which he kept them talking about the technology well past midnight. Putin even met privately with the founder of Ethereum, 23-year-old Canadian-Russian Vitalik Buterin on the margins of the conference.

Get The Beast In Your Inbox!

Start and finish your day with the top stories from The Daily Beast.

A speedy, smart summary of all the news you need to know (and nothing you don't).

You are now subscribed to the Daily Digest and Cheat Sheet.

We will not share your email with anyone for any reason.

Its no surprise Putin is excited. Even Ethereums most ardent supporters will admit that once money is in the cryptocurrency loopthat is, after its been exchanged for fiat moneyits devilishly hard to track, by design. Cryptocurrency transactions are anonymous, dont respect national borders, and are now nearly instantaneous.

In theory, at least, its the holy grail of money laundering.

As I write this, the market capitalization of all cryptocurrencies is still relatively modest, just under $100 billion, approximately what shoe-maker Nike is worth.

But the market is growing by leaps and bounds. Ethereums flagship token, the ether, was up 4,000 percent for the year earlier this summer.

Most cryptocurrency transactions are perfectly trackable, thanks to a distributed ledger. (That sort of verification is part the appeal.) But trackable is not attributable. And in order for financial laws to function properly, some level of attribution must be built into the system.

As more governments agree on regulatory regimes to integrate cryptocurrencies into their business, more money will flow into them.

Oligarch-sized transactions that would be difficult to impossible now will become more and more possible.

This isnt a problem in countries that operate under the rule of law. The United States and others are already working on laws and regulatory frameworks that will eventually be able to fully accommodate cryptocurrencies and take advantage of their unique properties.

Why is the kremlin suddenly obsessed with cryptocurrencies

For example, its now possible to trade bitcoin and ether as easily as yen and euros.

But what about in kleptocracies like Russia, where laws are bent and molded to facilitate, rather than prevent, corruption?

Its not hard to imagine a situation where regulations are either designed to be ignored for the benefit of certain people, or are simply toothless and thus throw the door open to all manner of illicit activity.

The Magnitsky Act has been a thorn in the side of Putin and his cronies for a long time.

But as we stand at the threshold of a new era in the world of finance, he may think hes found a way to beat it.

Follow this link:
Why Is the Kremlin Suddenly Obsessed With Cryptocurrencies? - Daily Beast