Where To Buy The Cryptocurrency Petro 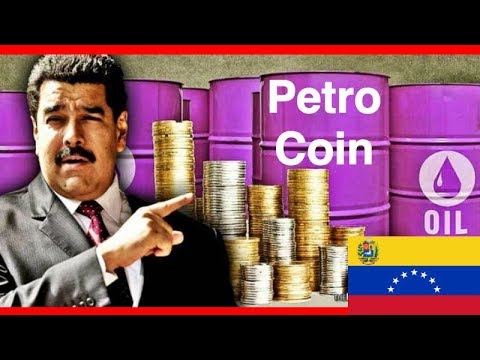 Venezuela is currently in the throes of an economic crisis, with the national fiat currency- the Venezuelan Bolivar- worth less than “World of Warcraft” gold. The president of Venezuela, Nicolás Maduro, has recently announced the creation of a national cryptocurrency backed by the nation’s oil, gold, gas, and diamond reserves, called the Petro.

According to President Maduro, the creation of the Petro is intended to combat what he describes as a financial “blockade” against his nation, inflicted by U.S.

sanctions. Maduro went on to explain that the currency will be backed by the natural resources of the nation:

“I want to announce that Venezuela is going to implement a new cryptocurrency system based on oil reserves, in order to advance in the area of monetary sovereignty.

This will allow us to move towards new forms of international financing for the economic and social development of the country.”

After the announcement, the Venezuelan finance ministry went on to emphasize the necessity of a crypto currency system that could both carry out financial transactions and present new financing opportunities.

The concept of a state-backed digital currency was met with derision from opposition party members, who doubt that the economically crippled country would be able to successfully launch a cryptocurrency.

In an interview with Reuters, opposition lawmaker and economist Angel Alvarado commented on the announcement:

“It’s Maduro being a clown.

This has no credibility, I see no future in this”

The Bolivar has been in free fall for the last few months, and has lost more than 57% of its value, which dragged the minimum wage in Venezuela down to just $4.30 USD.

Millions of Venezuelans have been plunged into poverty and are struggling to eat three meals a day.

According to information released by the International Monetary Fund, the Venezuelan economy is expected to shrink by 12% this year, with an annual inflation rate expected to surpass 2,300%.

This rapid hyperinflation has led many Venezuelans to invest in cryptocurrency mining in an attempt to afford basic necessities. Power in Venezuela is heavily subsidized to the point where it is almost free- leading many economic commentators to observe the role of socialism in the downfall of the Venezuelan economy.

This subsidy, however, makes Bitcoin mining a viable solution for many Venezuelans.

Daniel Osorio of Andean Capital Advisors, in an interview with CNBC in September this year, stated that the high levels of Bitcoin mining in the country has led to the potential first case of “bitcoinization of a sovereign state”.