What Is Soft Cap And Hard Cap In Cryptocurrency

For an Initial Coin Offering (ICO), the term hard cap refers to the upper limit on the number of tokens that can be sold.

It relates to the maximum amount of funds the development team is willing to collect in exchange for their tokens during that early stage of funding.

So if the hard cap is reached during an ICO fundraising campaign, the tokens are considered as sold out for that particular round.

In other words, it means that the maximum goal of the ICO event has been achieved and the developers are no longer accepting investor funds in exchange for project tokens.

The choice of how high to set the hard cap is completely up to the development team, with the need to balance the upper limit of the fundraising goal with the economic scarcity of the associated tokens (and its perceived worth).

Although debatable, some sources also use the term hard cap to refer to the maximum supply of a particular token or coin.

In this case, the hard cap would represent the issuance limit defined by the protocol of a cryptocurrency. It determines the upper limit of tokens or coins that can ever come to existence on that particular blockchain network.

In this context, however, using the term “maximum supply” seems much more appropriate, as “hard cap” is commonly used to describe the maximum goal of ICO funding rounds.

While the hard cap defines the maximum number of tokens that can be sold during an ICO crowdfunding, the term soft cap refers to the minimum viable funding for a particular project to start its development. 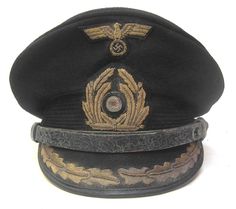 As such, the hard cap is normally set significantly higher than the soft cap, as it represents a fundraising goal rather than a minimum viable target.

Back to glossary
Related articles
MOST POPULAR