To measure momentum they employ three pairs (one fast and one slow) of exponential moving averages (EMA) spanning short, intermediate and long horizons.

When the fast EMA of a pair is above (below) the slow EMA, the trend is positive (negative). They extract a momentum signal for each exchange rate from these three EMA pairs by:

The time series portfolio holds all currencies weighted each day according to their respective prior-day overall momentum signals.

The cross-sectional portfolio is each day long (short) the three currencies with the highest (lowest) overall momentum signals. 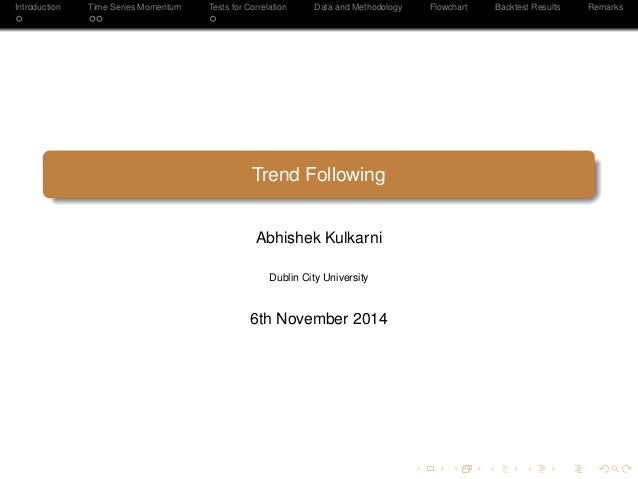 dollar as available through late March 2017, they find that:

This drawdown for the cross-sectional portfolio commences in 2001 and has not yet recovered its high water mark.

Cautions regarding findings include:

Accounting for trading frictions (likely substantial due to daily portfolio reformation) would reduce all returns. Since turnovers may vary by currency and by strategy (time series or cross-sectional), net findings may differ from gross findings.