With bitcoin recently just falling short of $5,000 per bitcoin (from a start of $1,000 per bitcoin at the beginning of this year – or a near 400% return on investment if you had bought in on January 1, 2017 and sold at the peak price of about $4,950), everyone and their mom is trying to get in on cryptocurrency and find the latest hot investment promising unheard of returns and tickets “to the moon”.

A cryptocurrency that avid fans of crypto have been talking about is OmiseGO (OMG), an ERC20 Ethereum-based token, or a subtoken built on the Ethereum network and sold to investors during an initial coin offering (ICO).

If one had bought OMG at the start of its ICO – they actually didn’t even have an ICO as OMG sold out during pre-sale – and held until now (September 11, 2017), one would have seen their investment grow by 50x. 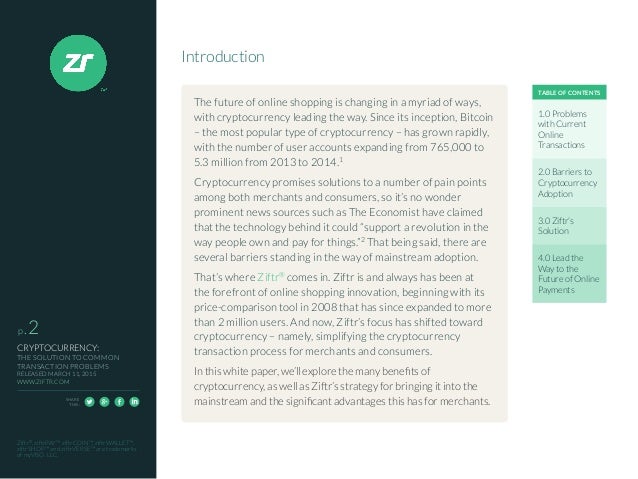 Now that we know that investing in OMG early on could have you made you rich, what is OMG actually about?

According to Omise (the parent company behind OmiseGo), OmiseGO’s mission is to “unbank the banked” using Ethereum-based technology.

Using blockchain-based technology, OmiseGO will develop a decentralized payment platform that will allow for real-time value exchange and payment services across different assets and currencies (including other cryptocurrencies like Bitcoin, Ethereum, etc.) without needing a bank account or having to pay fees like cross-border transaction costs.

Along with peer-to-peer (p2p) payments, Omise plans to sign up retail partners to extend OmiseGo’s utility into making purchases.

Omise Blockchain Lab and OmiseGO product development lead Wendell Davis states that the mission of OMG is to enable users to “move money around anywhere they want at the most minimal cost possible.”

While various payment services like Alipay and Wechat Pay already exist in Asia (where Omise is based), these payment services rely on centralized infrastructure and middlemen for processing payments and exchanging value between currencies.

This current system leads to inefficiencies, such as increased settlement time, high fees, lack of transparency, and security issues, all of which OmiseGO looks to solve with its technology.

No bank account is needed to use OmiseGo’s services, which could prove useful, especially in a region (Southeast Asia – where Omise is based) that is still largely cash-based, with only 30 percent of adults having access to credit or debit cards.

OMG will employ a proof of stake consensus protocol akin to that of the proposed Casper protocol for Ethereum, instead of proof of work (Bitcoin).

Exchange order matching and exchange execution is built into the consensus process, making the exchange 100% decentralized.

A decentralized liquidity pool will enable exchanges between fiat currencies and cryptocurrency and also between different cryptos.

OmiseGO will leverage interlinked blockchains in its implementation.

While payment clearing and settlement will happen over the OmiseGO blockchain, the costs of protecting transaction value is offshored to other chains while simultaneously promoting the value of those chains.

OmiseGO also provides a white-label wallet SDK that will allow digital wallet providers across various industries and verticals to provide white-label or customized payment solutions for customers on the OmiseGO network.

Transactions across all digital wallet providers will be conducted on the OmiseGO network, and currencies both decentralized and fiat can be traded by all network participants.

More detailed and technical information about the project can be found on OmiseGO’s homepage in their white paper, crowdsale document, and explanatory note and governance terms.

The History Behind Omise and OMG

Omise, which means store in Japanese, is a fintech company founded by Jun Hasegawa and Ezra Don Harinsut in June 2013.

Based in Singapore, Omise provides payment management services that allow businesses to securely accept payments over the Internet.

Omise has over 130 employees and has received awards like Thailand Startup of the Year (Rice Bowl Startup Awards, 2016) and was named a “Fintech Rockstar” by Forbes in November 2016. The company has offices in Bangkok, Tokyo, Jakarta, and Singapore.

Omise itself has raised $25 million in funding from investors, such as East Ventures, 500 Startups, SBI Asset Management, and Golden Gate Ventures before raising an additional $25 million with its OMG token pre-sale.

Consequently, as of OmiseGO’s token sale, Omise is the most established tech company to finance via a token sale or ICO.

Before launching OmiseGO, Omise showed its interest in blockchain technology in 2015, when it provided a $100,000 grant to the Ethereum Foundation’s Devgrants program, becoming one of its first donors alongside Microsoft.

OmiseGO sold an initial 65.1 percent of the total OMG cryptocurrency float via its OMG pre-sale.

An additional five percent of the OMG tokens will be given to anyone who owns Ethereum in an “airdrop”.

In July 2017, Omise acquired Paysbuy, another online payment business, from Thai mobile operator Dtac, which granted Omise access to Paysbuy’s assets and available services, which include a payment gateway as well as digital wallet used by businesses in consumers in Thailand and Myanmar.

On August 30, 2017 OmiseGO confirmed its partnership with McDonald’s Thailand, which will use OmiseGO as a payment channel to accept payment in multiple currencies, both fiat and crypto.

On August 31, 2017, OMG along with Qtum, became the first ERC20 tokens to pass the “unicorn” mark of $1 billion in market capitalization.

The Big Question: Is OmiseGO (OMG) Worth Investing in?

Now for the answer everyone wants to know… should you put your money into OMG?

Here’s our opinion on the matter:

Unlike many ERC20 tokens, OMG is backed by Omise, which is well-established compared to most blockchain startups with $25 million in funding (prior to the OMG token sale), over 100 employees, and a prominent position in the payment processing industry in Southeast Asia.

Ease of adoption is a concern for many blockchain startups (and their investors) as most of these companies aim to “disrupt” traditional companies and industries, which are often entrenched in their positions and customer base.

For example, a major concern with Basic Attention Token (BAT), a cryptocurrency whose $35 million ICO ended in less than 30 seconds, is getting people to use Brave, the Internet browser which BAT is based on, instead of Internet Explorer, Google Chrome, Firefox, et al.

With OmiseGO, ease of adoption would make more sense given that Omise’s core service is already used by thousands of merchants across Southeast Asia ranging from startups to multinationals, including True, Nok Air, and Minor International.

Not only is OmiseGO backed by an established company (Omise) and face better chances of adoption, Omise itself actually generates revenue (an estimated $2 million a year according to Owler – possibly more since the figures seem to be dated), which can’t be said for most early-stage, crypto startups.

Along with being one of the few cryptocurrencies on the market with a real use-case and real, active customers – OmiseGO boasts a powerhouse team of advisors that includes

While nothing is guaranteed and everything in this article is for informational purposes and should not be construed as financial or otherwise professional advice, it’s clear that OmiseGO is a project with sound fundamentals, especially in relation to other cryptocurrency-based projects, and should be considered by anyone looking to learn more about and potentially invest in any up and coming cryptocurrencies.