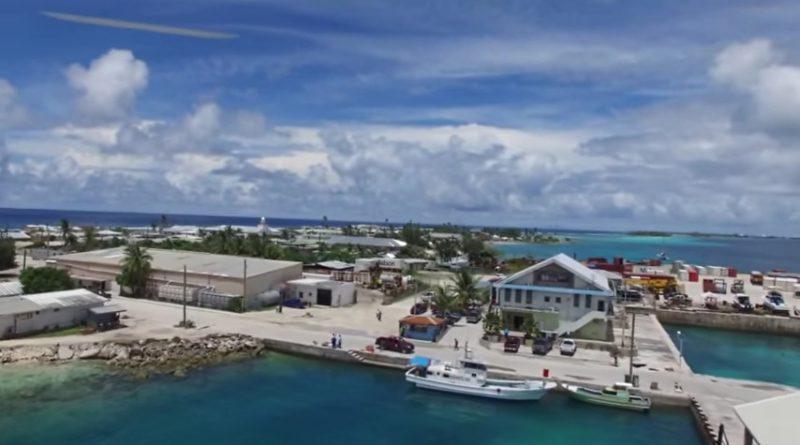 The International Monetary Fund (IMF) urged the Marshall Islands to “seriously reconsider” the issuance of its proposed cryptocurrency – Sovereign – as legal tender.

The issuance of a decentralized digital currency as a second legal tender in addition to the U.S.

dollar would increase macroeconomic and financial integrity risks, and escalate the risk of losing the last U.S. dollar correspondent banking relationship, IMF said in a report prepared after discussing the Pacific island nation’s economic development and policies with the government officials.

They noted that the potential benefits from revenue gains could be considerably smaller than the potential costs arising from economic, reputational and governance risks.

In the 58-page report, the IMF warns that US banks will refuse to work with Marshall Islands businesses if the national crypto is adopted, thus cutting off banking services to the islands’ 53,000 residents.

he Marshall Islands has also been warned against the potential for digital currencies to be misused for money laundering and terrorist financing.

In February this year, the Republic passed a law – the Sovereign Currency Act of 2018 – introducing a new blockchain based currency called the Sovereign (SOV) as “legal tender of the Marshall Islands for all debts, public charges, taxes and dues.”

An Israel-based start-up will be in charge of issuing the currency, and will receive half of the initial SOV issuance.

The authorities expect sizable revenue gains from the other half of the SOV issuance, which would help prepare for the reduction of U.S.

IMF Urges Marshall Islands Not to Issue National Cryptocurrency [u]

20 percent of the initial coins will be distributed to the resident citizens, while the rest will be allocated to supplement the current Compact Trust Fund, support citizens who were affected by the U.S. nuclear tests, and finance infrastructure projects.

IMF welcomed the rebound of economic activity but noted that the Marshall Islands continues to face significant challenges, including those arising from the scheduled decline in the U.S. grants and weather-related events.