On the first of August 2017, a fork of Bitcoin resulted in the creation of Bitcoin Cash, which is also known as BCH. Due to the fork, many exchanges began working tirelessly to provide their users with credit in the form of the new cryptocurrency.

To date, most of these exchanges have begun facilitating the trade of the new crypto, although some are still struggling to catch up.

Immediately after the fork, the prices of Bitcoin Cash increased by more than 100%.

This increase in value was not a surprise to many crypto traders and investors. Given the sentiment of the Bitcoin ecosystem, the rapid rise in value of Bitcoin Cash was to be expected.

Many traders and investors that owned Bitcoin Cash began selling, as the favorable margins offered by the rise in value allowed them to capitalize by purchasing either Bitcoins or other highly valued altcoins. Many users, however, are still seeking reliable platforms or exchanges through which to deposit, trader, or withdraw Bitcoin Cash.

In this article, we’ll take a look at the best places at which you are able to capitalize on your Bitcoin Cash.

We’ll present a detailed list of the best exchanges that currently support Bitcoin Cash, and break down some relevant information regarding their ease of use, trading pairs, and more. Bitfinex is one of the biggest and most popular cryptocurrency exchanges in the world.

Like most of the largest exchanges, Bitfinex provided all users that held Bitcoin with Bitcoin Cash.

Unlike most exchanges, however, Bitfinex did not provide users with a 1:1 ratio.

Instead, Bitfinex announced a new dynamic distribution ratio called the “socialized distribution coefficient”. This is likely due to Bitfinex expecting either a surplus or a deficient of Bitcoin Cash at the time of distribution.

The coefficient, or ratio of distribution, settled at 1: 0.8539, meaning that users received 0.8539 Bitcoin Cash for every one Bitcoin.

If you’re interested in depositing, trading, or withdrawing Bitcoin Cash with Bitfinex, the following trading pairs are available via the exchange: Bittrex is one of the most popular cryptocurrency trading platforms based in the United States, and has had a chequered history in the blockchain ecosystem.

Before the fork, Bittrex was hesitant to commit to an official policy regarding the split, but have now settled on a 1:1 ratio of Bitcoin Cash funds for their users that possess Bitcoin.

Following is Bittrex’s official position on the fork:

“If you have a Bitcoin (BTC) balance on Bittrex during the BCC UAHF time on August 1st, 5:20am PT (12:20pm UTC), you will be additionally credited the equivalent amount of Bitcoin Cash (BCC) on a 1:1 basis. 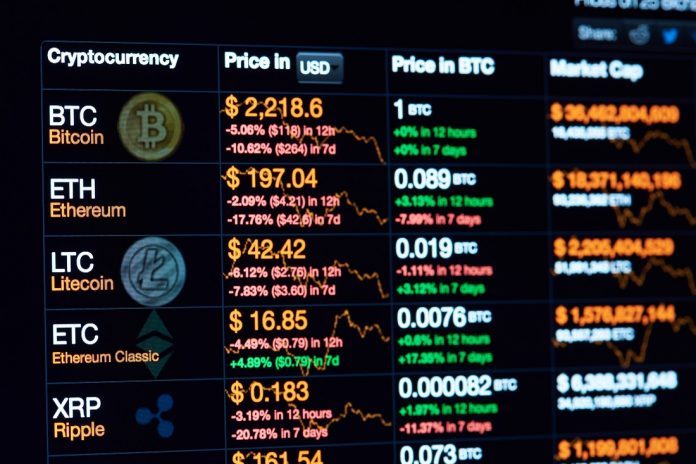 1 BTC on Bittrex held during the on-exchange snapshot will get you 1 BCC. BTC held on orders will also be credited. Only the BTC held on your account is eligible for BCC.”

In order to get started with Bittrex, you’ll need to create a Bittrex account and verify your identity by submitting approved identity documents. If you’re interested in trading, withdrawing, or depositing Bitcoin Cash with Bittrex, the following trading pairs are available: Kraken is an extremely large cryptocurrency exchange that, like Bittrex, is based in the United States.

With a head office located in San Francisco, Kraken has a reputation as a highly secure exchange.

The Kraken platform has recently announced their support of Bitcoin Cash, and has updated user accounts accordingly. In operation since 2013, HitBTC is a less popular cryptocurrency trading platform that supports a wide range of different cryptos.

Recently, HitBTC has recently announced their support of Bitcoin Cash.

Post fork HitBTC Bitcoin holders were credited with Bitcoin Cash at a 1:1 ratio.

How to withdraw forex money in india

Interestingly, HitBTC were already trading Bitcoin Cash futures at the time of the fork, which were also credited to users in a fair and balanced scheme after the fork.

If you want to trade, deposit, or withdraw Bitcoin Cash on HitBTC, the platform offers the following trading pairs: BTCBOX is a Japanese cryptocurrency exchange that is based in Tokyo.

While BTCBOX has historically been focused on Bitcoin, it has recently added Bitcoin Cash support. The BTCBOX exchange was supposed to begin trading Bitcoin Cash directly after the fork, but was slightly delayed, and began trading BCH on the 2nd of August 2017.

If you’re interested in trading BCH on BTCBOX, the following trading pair is supported:

Changelly is one of the most popular multi-currency cryptocurrency trading platforms, and supports a diverse range of high market cap cryptos and altcoins.

Changelly offers Bitcoin Cash holders another method of selling their BHC holdings- it’s important to note, however, that Changelly denotes Bitcoin Cash as BCC, not BHC.

Using the Changelly exchange, it’s possible to trade your Bitcoin Cash for more than 30 different altcoins, or for original Bitcoin, should you so desire. Shapeshift, like Changelly, is another highly popular multi-currency crypto exchange.

While both platforms are similar, Changelly offers more competitive rates and also features a diverse set of tools that can’t be found on Shapeshift, such as a transaction history feature.

At this point in time, Shapeshift supports over 30 different cryptocurrencies that can be used to trade for Bitcoin Cash.

Shapeshift has also made a public statement regarding Bitcoin Cash:

“BCH is online on ShapeShift.

Please be aware we are waiting on extra confirms for BCH inputs and due to long block times, your exchange may be delayed multiple hours. If you are selling BCH and sensitive about price, please use precise to lock in a rate.

When using quick, you will get the rate at the time we process your transaction”

Other Exchanges That Support Bitcoin Cash

Forks are a necessary and integral part of the cryptocurrency ecosystem. Bitcoin forks are inevitable and historic events in the cryptocurrency world, but it’s important to retain control over your private keys when conducting any kind of crypto related activities.