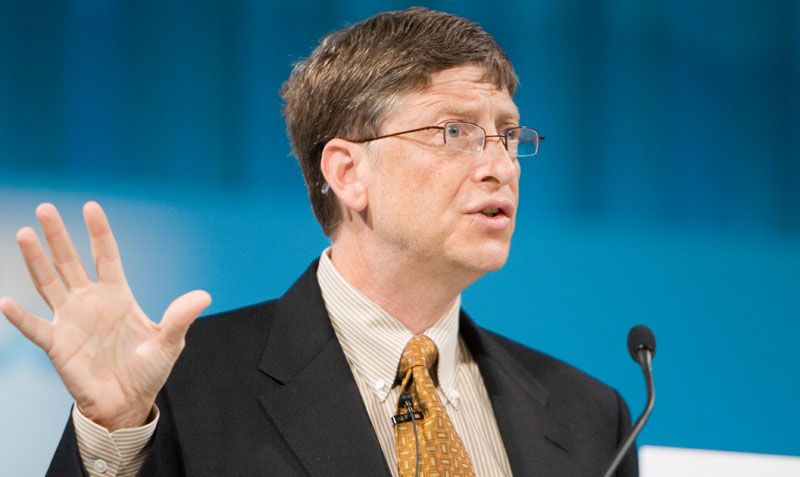 The entrepreneur and multi-billionaire has amassed his fortune and built his empire by taking certain risks, but cryptocurrency is one he’s not willing to examine further. In his latest move, Gates even suggested digital money outside governments’ control has caused deaths.

“The main feature of cryptocurrencies is their anonymity,” he explained.

Oh, the Things You Can Buy With Bitcoin…

In a Tuesday Reddit AMA (Ask Me Anything) session, Gates also knocked the technology behind cryptocurrency for causing more deaths than any other system in a “fairly-direct way.”

The philanthropist repeatedly criticized bitcoin and its altcoin counterparts for giving users the opportunity to buy drugs, guns and other black-market items, many of which have gone on to cause mayhem or destroy lives.

“Right now, cryptocurrencies are used for buying Fentanyl and other drugs, so it is a rare technology that has caused deaths in a fairly-direct way,” he mentioned.

“Yes, anonymous cash is used for these kinds of things, but you must be physically present to transfer it, which makes things like kidnapping payments more difficult… I think the speculative wave around ICOs and cryptocurrencies is super risky for those who go long.”

A Long Line of Dismissals

Gates isn’t the only billionaire to warn against bitcoin.

Chairman and CEO of Berkshire Hathaway Warren Buffett has been making his feelings on bitcoin clear since 2014, and those feelings are anything but positive.

He’s often referred to bitcoin as a “bubble” – one that’s likely to burst and take all its investors down with it at a moment’s notice.

“In terms of cryptocurrencies, I can say with almost certainty that they will come to a bad ending,” he explained in a recent interview.

“When it happens or how or anything else, I don’t know.

Oh, the Things You Can Buy With Bitcoin…

If I could buy a five-year put on every one of the cryptocurrencies, I’d be glad to do it, but I would never short a dime’s worth.”

But it’s not all hostility and anger towards bitcoin amongst America’s wealthy one percent.

Dallas Mavericks owner Mark Cuban, for example, has told listeners it’s okay to invest in entities like bitcoin and ether granted they’re willing to keep their investments to a minimum – something along the lines of “ten percent.”

They also must be willing to “pretend they’ve already lost” their money due to the high-risk nature of such investments, though he admitted cryptocurrencies ultimately bring out the “adventurer” in most traders.

Interestingly, Bill Gates has offered support for digital currency many times in the past, often calling it the “future of money” and saying, “Bitcoin is exciting because it shows how cheap transactions can be.” His change of heart isn’t likely to sit well with traders.

Do you agree or disagree with Bill Gates’ statements?

Nick Marinoff has been covering cryptocurrency since 2014.

He has served as a lead content writer and news editor for Money & Tech; a public relations writer for Game Credits, and a senior writer for both Bitcoinist and News BTC.

He has also served as an environmental reporter for Planet Experts, and authored the book "Take a 'Loan' Off Your Shoulders: 14 Simple Tricks for Graduating Debt Free," now available on Amazon.

He has since traveled extensively to libraries, offices and other locations speaking with audiences about what they can do to avoid student loans and relieve the U.S. of its present student debt crisis.