Egon Putzi, the founder of microprocessor company SEZ and former president of Austrian football clubs BSV Bad Bleiberg and SV Austria Salzburg, has announced plans to launch a new cryptocurrency and set up what he says will be “the largest crypto bank in the world”.

Putzi’s latest project is MCV-CAP, an ICO which aims to combine “traditional banking functions with the innovative advantages of Blockchain technology and tradable crypto-currencies”. The MCV Coin is designed to be an internal currency for use by banks as well as a loyalty coin for bank customers. The hope is that the project can combine the benefits of both blockchain and SEPA, a European Union initiative to simplify euro-denominated bank transfers.

Putzi is looking to raise $100 million in the upcoming MCV-CAP ICO. With the proceeds the company will then launch a bank registered in Malta.

This bank will combine “all classic banking products” with cryptocurrency offerings like debit and credit cards and ICO investments etc.

Putzi says that they “need 15 million euros for a European full banking license” and then “millions more to start the bank”.

75% of funds raised will go into the bank, with 25% saved for administration and marketing.

Though the MCV coin will be housed on the Ethereum blockchain, Putzi warns that “currently there is no blockchain suitable for mapping the banking business” as none can cope with the transaction volume. According to Putzi, “today’s blockchains are like a 4K modem from the early days of the Internet” but technological improvements should allow the necessary functionality within a few years.

In the meantime, the team are getting around chain congestion by using “a hub that the customer uses to pay with Euros and we automatically convert that into cryptocurrencies”.

This is certainly an ambitious project. To achieve its stated goal of 12 million customers by 2023, it would have to grow as quickly as world-leading cryptocurrency exchange Coinbase, which has added around 13 million customers since its inception in 2012. 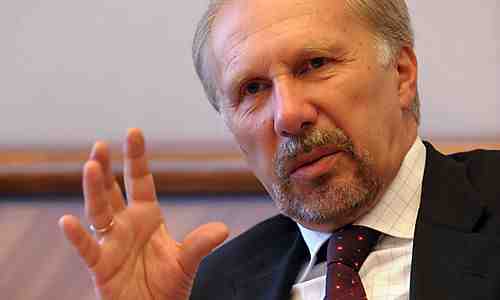